Ordinary surfaces, as you can observe in everyday life, always have two sides, so that you can identify one inside and one outside. In the case of the Möbius strip, on the other hand, this principle is not effective: we are in the presence of only one side and one edge so that when we make a loop, we are on the opposite side. In some ways, this construction has the characteristics of a two-dimensional surface but develops in three dimensions. Max Bill used the Möbius tape in many of his works, although he was not aware of this object, which he called Endless Ribbon. A variant known as Endless Knot is for Tibetan Buddhism a classic symbol of the way in which all phenomena are interdependent and depend on causes and effects that are represented by geometric lines intersecting each other. Having neither beginning nor end also symbolizes the infinite knowledge and wisdom of the Buddha and the eternity of his teachings.
It is possible to reverse the roles of spatial perception of the environment whose internal walls lose the rigidity of the container and relate to the outside through a closed and evanescent geometry deduced from the intersection of the projections of the openings.
Quantum Zeno Effect is the name coined by George Sudarshan and Baidyanath Misra in 1977 to explain the theoretical method by which it was possible to analyze a system of unstable particles in the absence of decay where it was observed in continuity. The reference is to the better known Paradox of the Arrow of Zenone di Elea, a syllogism through which the impossibility of movement can be demonstrated. 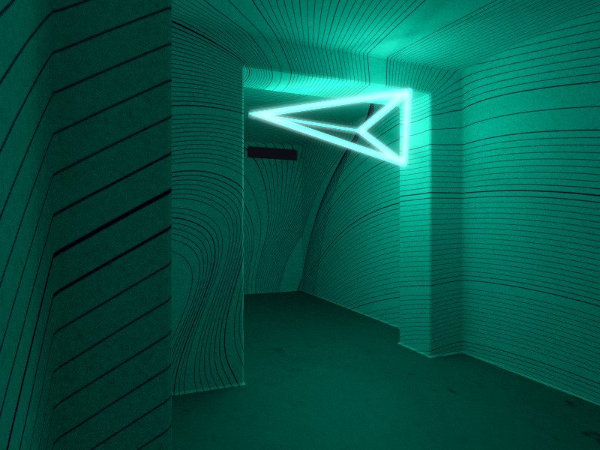 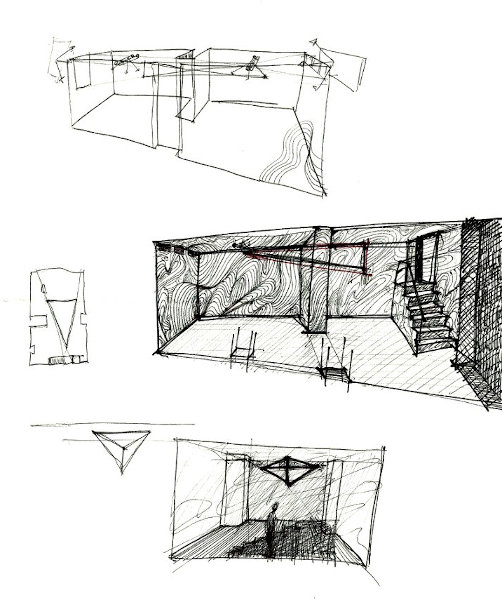